If you have seen the movie “Coco”, you probably know all about this holiday. It is the one day of the year that loved ones who have passed can cross the Golden Bridge from the Land of the Dead, and reunite with their families still living. For most US Americans, we think of this day as a festive holiday, but it is much misunderstood in our culture.

Dia de los Muertos, for most Mexican families, is a very somber day of remembrance. It is the day they clean and repair the grave sites of their dead, and many families will spend the entire day at the cemetery, bringing food and sometimes music to the event. But several years ago, in Mexico City, a James Bond production changed the nature of the holiday into one of celebration….a celebration for the holiday itself. The first Day of the Dead parade was organized and “performed” in 2015 as part of the movie’s opening scenes. It caught on, and from that year forward it has been a popular tourist event in several large cities throughout Mexico. This year, smaller towns are participating, and Tequis had their first Dia de los Muertos celebration in the town’s center plaza. San Juan del Rio also had a celebration and costume contests, tamale contests, and other events. We were fortunate to be able to see parts of both of the events, and hope you enjoy Dia de Los Muertos in Tequis, Queretaro. 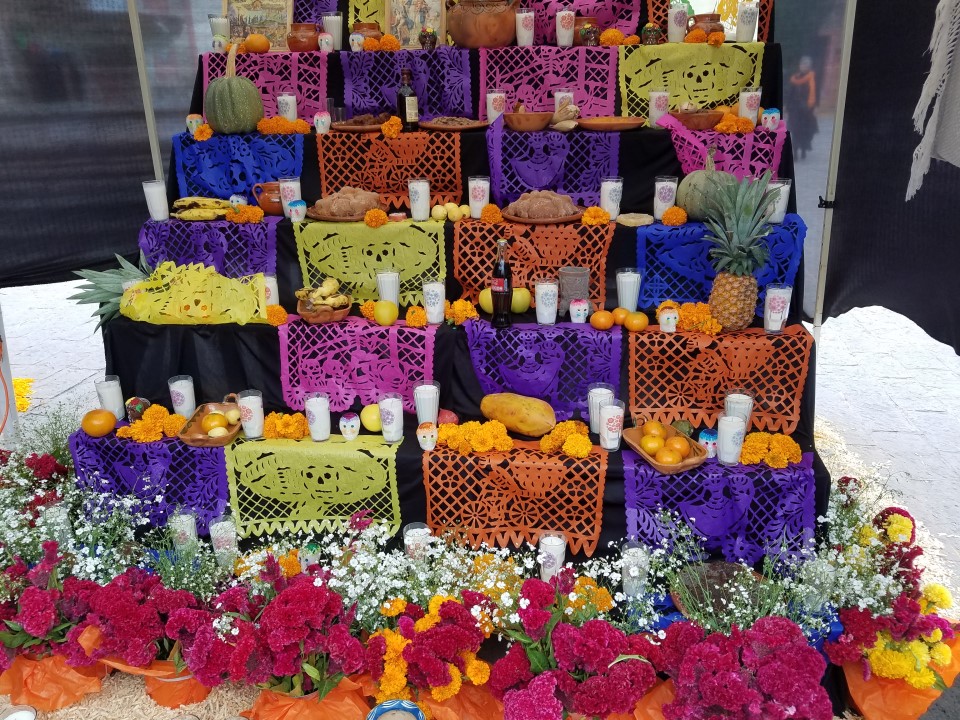 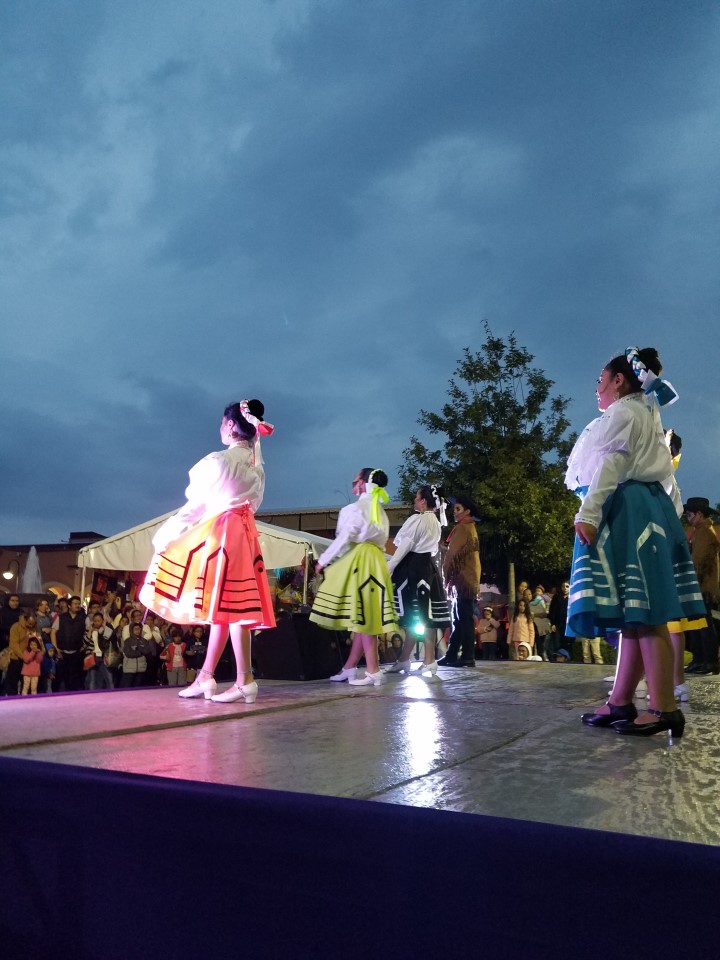