A Tour of Bernal and La Peña de Bernal

Twenty one miles north of Tequis, lies a small colonial village founded in 1642, called Villa de San Sebastian Bernal, or simply Bernal. Many of the original colonial buildings still stand, as does the principal church, Templo de San Sabastion Martir. Originally a mining town, it is now home to local artisans and “Mercado Artesanal y Gastronomico” where one can sample the local favorites like quesadillas and gorditas cooked on traditional clay hotplates, and locally made candies and breads. Local weavers can be found in their shops spinning and weaving the wool produced nearby.  And artisans from the surrounding area can be found here selling their handcrafted items.  In 2005, the town was given the Pueblo Magico designation by the federal government.  It has also been named a UNESCO World Heritage site. 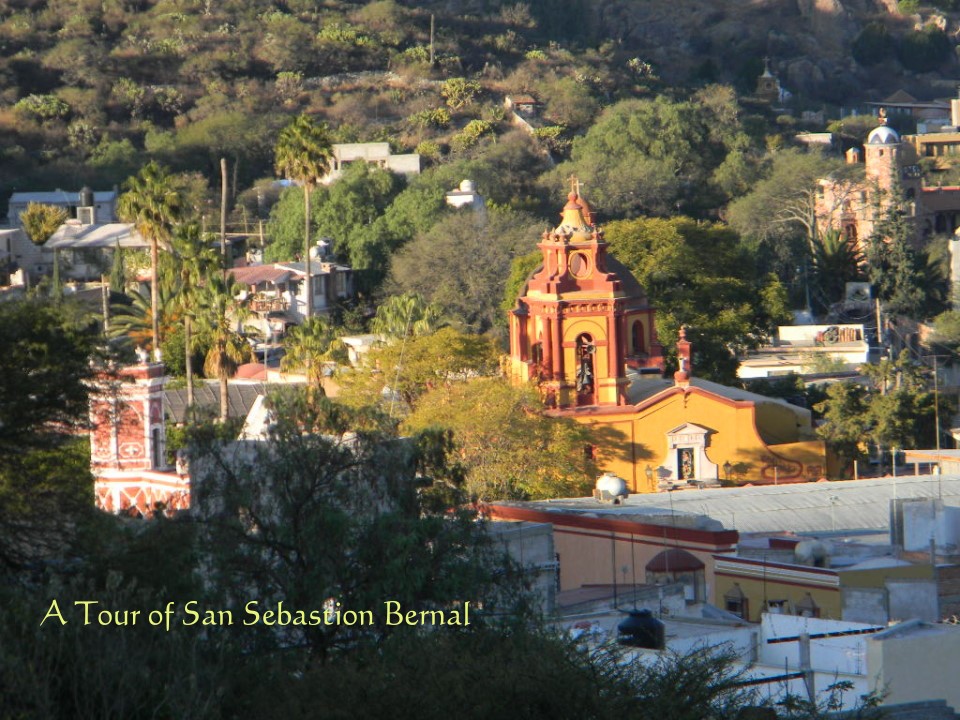 It is said that Bernal is one of the most energetic cities in the world, due to its main attraction, the Peña de Bernal.  The monolith, remeasured in 2013, found its height to be 1,421 ft, making it the tallest monolith or freestanding rock on the planet. It is estimated to be 8.7 million years old, and is considered one of the Thirteen Wonders of Mexico. The rock was created from the remnants of an old volcano, and thus is composed of the volcanic rock “dacite”, which is 67% silica. This hard mineral is probably the reason that the monolith has stood the test of time.

The Peña de Bernal is considered by the local indigenous tribe, the Concheros, to be the gateway to the Great Chichimeca, or the land of their gods. They often come to perform a ritual ceremony and dance at the base of the rock. From various angles it is easy to make out figures like eagles, elephants, apes, and other creatures, whose souls are said to inhabit the monolith.

During the Spring Equinox each year, there is a large pilgrimage to the monolith, and a celebration of it’s life giving properties. Believers dressed in white, flock to the town during that time to absorb the energy said to be released by the monolith from the center of the earth.

Peña de Bernal has also gained notoriety for being a great attraction for rappellers from around the world. You will find several professional rappelling companies in operation that will provide equipment and training if needed.

On weekends, at a beautiful park and plaza at the base of the monolith, there is a nightly water show, where fountains, music and lights are all coordinated to provide a magical experience with the Peña de Bernal as the backdrop.