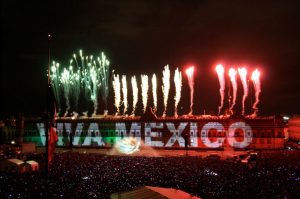 On September 15th and 16th of each year, Mexico celebrates it’s Independence Day,”Dia de la Independencia”, or the day that Mexico began its struggle for freedom from Spanish Rule. In the Constitution of Apatzingán, the day was made a national holiday, and first celebrated nationally in 1825. 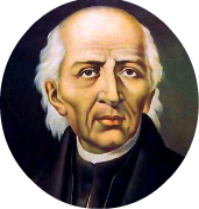 The date marks the moment when Miguel Hidalgo y Costilla, a Catholic priest known as Father Hidalgo, made the first call for independence. It is perhaps the most important holiday of the year in Mexico, and the whole month of September is referred to as “el mes de la patria” or “the month of the fatherland”. Beginning the first of September, in every town, large and small throughout Mexico, streets are decorated in green, red and white, and the plazas are prepared for the fiesta. On the Eve of September 15th, crowds gather in the plazas to hear the re-enactment of “El Grito” and watch magnificent fireworks displays. Horns and whistles are blown, and confetti rains down from the sky. Shouts of “Viva Mexico” or “Viva la Independencia” can be heard among the crowds. Similar celebrations occur in all Mexican embassies and consulates throughout the world. On September 16, there are parades and other civic celebrations. It is a national holiday, so all schools, banks, and government offices close for the day.

In the 1800s, New Spain as Mexico was then called, was under control of the Spanish government. Lands had been stolen by the Spanish from ancestors 300 years before, and the government was ripe with corruption. The people were ready to fight for change.

The movement for independence began when José Bernardo Gutiérrez de Lara who led a small local militia, went to the town of Delores, Guanajuato and asked the local Catholic Priest, Miguel Hidalgo y Costilla, to help him gather the people in an effort to free the country from Spain’s tyranny. While Gutiérrez de Lara went to Washington D.C. to ask for military support, Hidalgo remained in Dolores waiting for his return.

He was soon joined by Ignacio José de Allende y Unzaga who had been a captain in the Spanish army. After having joined in the resistence, he would become Hidalgo’s right hand, and would eventually succeeding him when Hidalgo was executed in 1811.

Not long after, Juan Aldama, who had been a captain in the Queen’s militia before joining the resistance arrived with news. He had come to warn Hidalgo that their conspiracy had been reported to the authorities by a “supporter”. Hidalgo feared invasion and arrest, so he sent his brother, Mauricio and several armed men to force the sheriff to free all of the pro-independence inmates at the jail. They set aproximately 80 inmates free in the early morning hours of September 16, 1810. That tradition continues in some towns today, where those held for minor crimes and who have shown good behavior are allowed to go free.

At around 2:30am, Hidalgo had the church bells rung to call his congregation to the church plaza. Accompanied by Aldama and Allende, he spoke to those who had gathered in front of his church, urging them to fight for their freedom. His speech became known as Ël Grito de Dolores or “the cry of Dolores”.

“El Grito” called for the end of Spanish rule in Mexico, redistribution of land, and racial equality. No one is sure of the exact words, but essentially the message was remembered as being something like this: 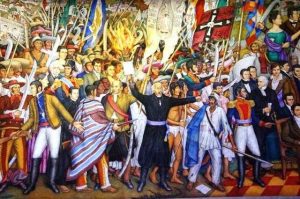 “My children: a new dispensation comes to us today. Will you receive it? Will you free yourselves? Will you recover the lands stolen three hundred years ago from your forefathers by the hated Spaniards? We must act at once… Will you defend your religion and your rights as true patriots? Long live Our Lady of Guadalupe! Death to bad government! Death to the Gachupines!”

At the same time that Hidalgo gave his call to action, other revolutions broke out all over the continent. Soon all would join to fight the oppressors and gain their freedom.

Every year on the eve of Independence Day or “Noche México”, the president of Mexico on the balcony of the National Palace, rings the same bell Hidalgo did in 1810 and re-enacts “el grito”. The leaders of every town and city in the country do the same from the balconies of their churches on the towns principal plazas.

Today, included in the el grito, are salutes to the heros of that fateful night in 1810. After reciting Hidalgos sentiments, the following is recited: 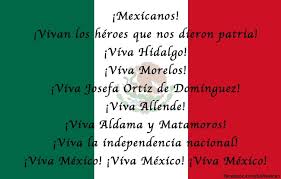 After each line the crowds shouts “Viva!”

After reciting the el grito, the president rings the 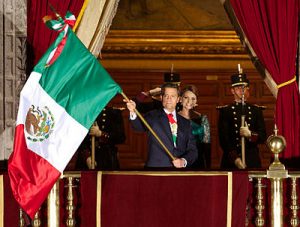 bell one last time and waves the Mexican flag, as the crowds cheer and shout “Viva!” The crowd sings along as the national anthem is played and the fireworks display begins. 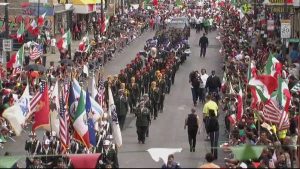 On September 16th, there is a huge parade in Mexico City, but the rest of the country takes the day off to enjoy with family and friends.

There are picnics, and home parties, and, as always, lots of food!

Chiles en Nogada is a dish that has all the 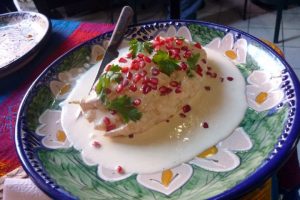 colors of the flag.  It is a poblano chili that is filled with “picadillo” or a mixture of meat, fruit and spices. Its then topped with a walnut sauce called “nogada” and pomegranate seeds. It is served at room temperature. 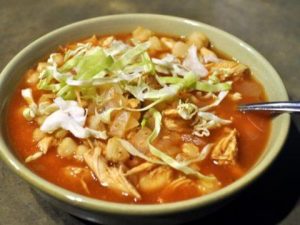 And pozole is also a traditional dish served on Independence Day

The celebration for independence in Mexico is a fun and fantastic event no matter where you are in the country, but our town, Tequisquiapan, goes all out for the occasion.

I hope you enjoy the following videos of the events in Tequis’ Miguel Hidalgo Plaza. 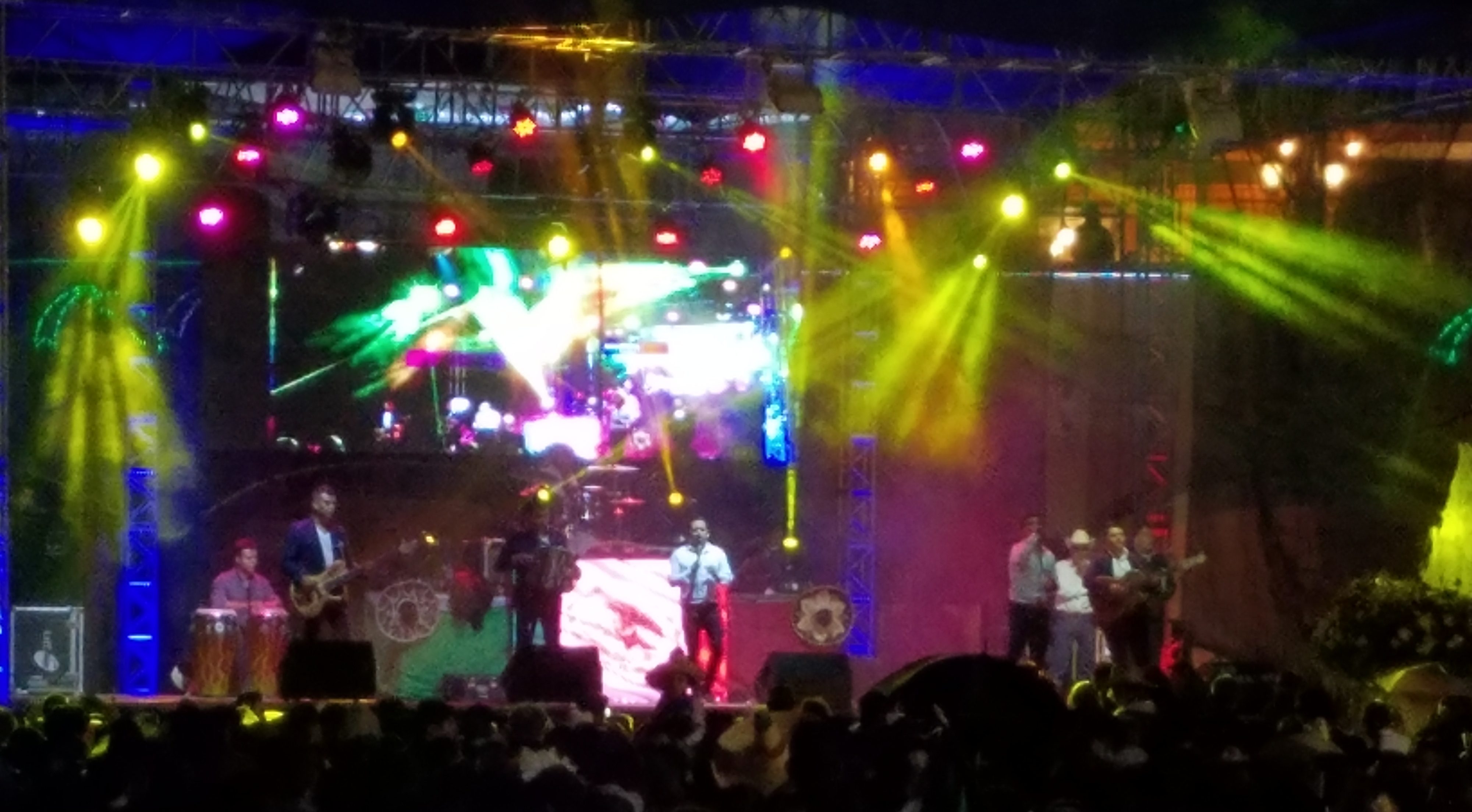