Home History of Tequis Back in Time with the Xajay Civilization

Back in Time with the Xajay Civilization

Imagine what it feels like to stand in the doorway of another time, to be standing in the traffic lane of a major structure in a city built thousands of years ago, to feel the same rock under your feet …

Not too far from Tequis, you can do exactly that. The area is laden with archaeological ruins dating back to pre-Hispanic indigenous populations, and a time when this area was among the most popular trade routes for the Aztec civilization.

In the community of La Mesilla, in Tecozautla, Hidalgo, there are the remnants of the main spiritual and government center for 3 ancient cities – Pañhu, Zethe, and Zidada. Pañhu sat high on the mountain side overlooking the valley and residents below. It was here that the leaders of all three municipalities met to discuss the governance of the area and its people.
It was here that human sacrifice to the Gods was practiced as a means to maintain order in the cosmos and on earth.

Found again in the 1980s, Pañhu was built at a time when the largest city in the region was Teotihuacán, as it was beginning to decline. Pañhu was built by the Xajay culture in about 650CE and honored Otontecutli, the Otomi God of Old Fire, or Otomi devotion. It was built over a much older sacred site believed to be built around 450CE, honoring the same god with an older name, Xiuhtecuhtli-Huehueteotl.

This was the god of gods, the creator of the sun, and the lord of volcanoes. It was believed he lived in an enclosure made of turquoise at the center of the earth. The temple also represents the sacred mountain where the gods were born. Only 30 kms away is the site believed to be Coatepec, the “mythical” Aztec city of the gods, and the place where, their principal god Xiuhtecuhtli-Huehueteotl was born (this is the Aztec version of the “son of god” mythology).

The temple itself, opened to the public as an historical site in 2012, remains partially erect, and was a relatively small temple.

The Pañhu temple is surrounded by ritual pathways used during various ceremonies:
Path of Man – south to north
Path of the Sun – east to west
Path of he Moon – northwest to southeast
Path of the planet Venus – northeast to southwest

These pathways were adorned with petroglyphs which tell the story of Xajay civilization, and the stories of creation. According to this ancient Aztec myth, a half serpent half crocodile creature , Cipactli, was divided into two parts which became the planes of the cosmos and the underworld. The world and man were said to exist on a similar plane in between the two body parts.

In ancient times, the Cosmos, the Earth and the Underworld were considered square planes. The corners of the pyramids, including Pañhu correspond to this square, with corners corresponding to sunset on December 21 and June 21, the winter and summer solstices. The center of the pyramids represent the heart of world, where gods reside.

The site contains the platforms of many other structures as well, including a government administration building. 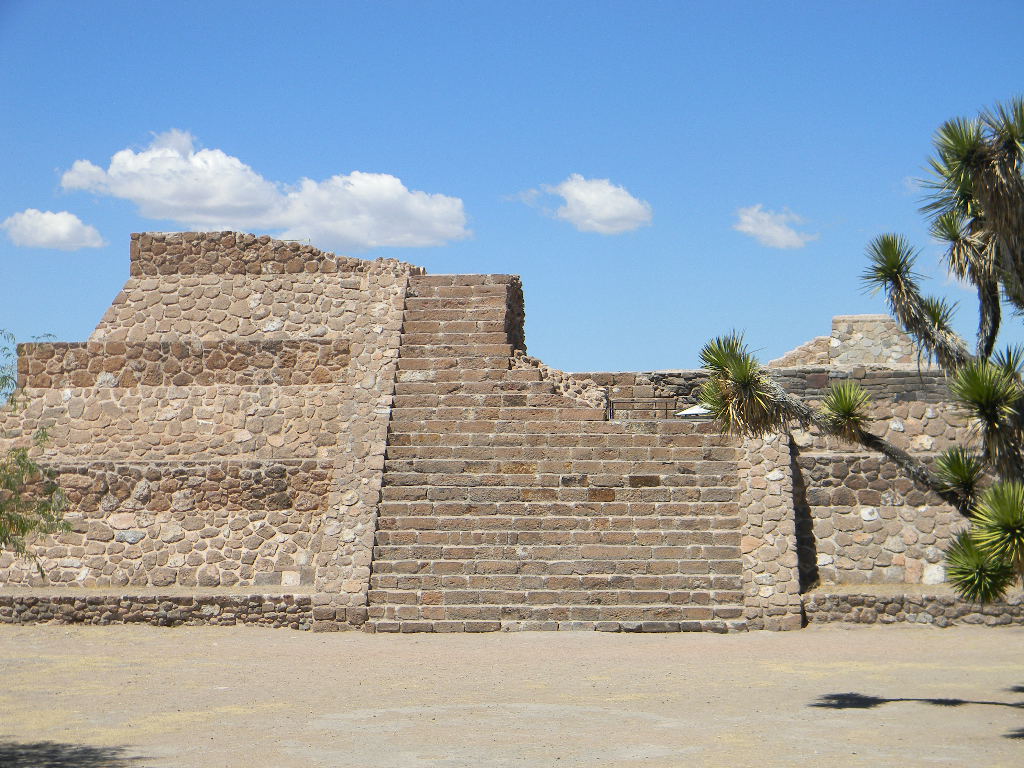 The Mezquital Valley was an important trade route in the region, and remained so as other major routes and cities collapsed. The Xajay culture lasted from 450CE to 950CE, and gave rise to the modern Otomi culture. The Pañhu site is said to be a key to understanding the pre-Hispanic origin of the modern Otomi.

Modern Otomi can still be seen throughout the area, identified by their colorful colonial style dress. The Otomi have remained true to their language and customs. They are fine craftsmen and seamstresses, and are well known for their hand-stitched embroidery work, basketry, and weaving as well as the colorful ribbon covered handmade dolls that can be found in many towns in the area.

The inhabitants of the area abandoned the site in the 1400s, where it remained undiscovered until 2007, when work began to excavate the site. Pañhu Archaeological Site was opened to the public in November, 2012 is open now from Tuesday to Sunday, 9:00 a.m. to 5:00 p.m. daily.